The uppercut (formerly known as the undercut; sometimes also referred to as the upper) is a punch used in boxing that usually aims at the opponent's chin. It is, along with the cross, one of the two main punches that count in the statistics as power punches.[citation needed]

Uppercuts are useful when thrown at close range, because they are considered to cause more damage when at close range.[citation needed] Additionally, it is likely that a boxer would miss if the uppercut is thrown when the opponents are apart. Uppercuts usually do more damage when landed to the chin, but they can also cause damage when thrown to the body (particularly the solar plexus) or when landing on the nose or eyes.[citation needed]

The punch moves as its name implies: it usually initiates from the attacker's belly, making an upward motion that resembles a pirate's hook in shape, before landing on the opponent's face or body. In a conventional boxing combination, it is the second punch thrown, after the jab, but it can either initiate or finish a combination.

When performing an uppercut, the attacker should stay close to the target, so as to prevent the opponent from detecting that the punch is coming, and countering with a straight punch. An uppercut from the outside also loses some of its power because the arm is no longer bent at the elbow and cannot effectively transfer the total body's force in the upward movement.[1] 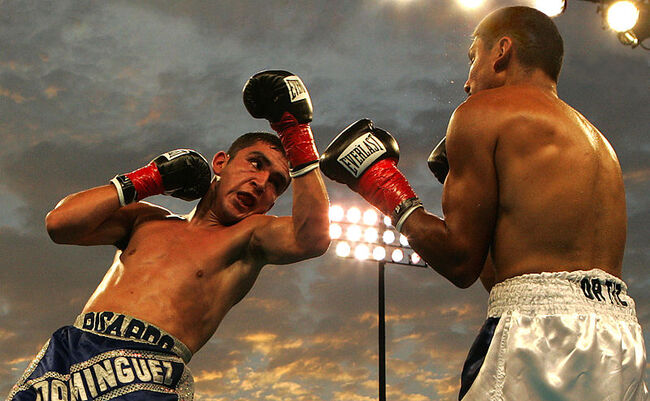 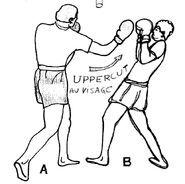 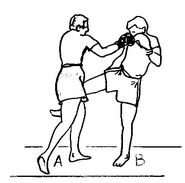 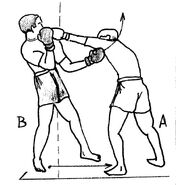 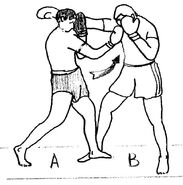 Uppercut in counterpunch
Add a photo to this gallery

Retrieved from "https://boxing.fandom.com/wiki/Uppercut?oldid=6988"
Community content is available under CC-BY-SA unless otherwise noted.